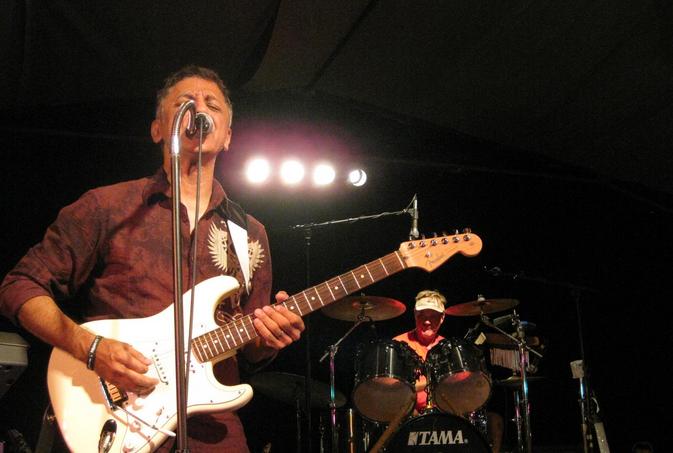 Over the years Mario has worked with several cover bands most notably "The Hidden Image" and "Shagnasty." During his cover band apprenticeship he performed at many dance halls, clubs, and regional events including the historic Swiss Alps, Gruene Hall, and Texas World Speedway.

After moving to Dallas, Mario began working with cover bands in the north Texas area. It was during his time in Dallas, Mario had a supernatural life changing encounter with the Lord Jesus Christ. As a result he had decided to use his talents solely for Jesus. Worship services were often filled with Hendrix feedback, melodic Santana guitar, the Edge's echo poly rhythms, and Stevie Ray Vaughn's hot Texas blues. Imagine the sound of a  mass choir with Hendrix, Santana, and Stevie Ray, it was heavenly. Pastor Steve Solomon and Rohn Bailey Riverwalk Fellowship Saturday night worship services were legendary.

Mario began writing and producing original music in 2005 and released his first instrumental CD "Sojourn" in 2007. "Sojourn" featured a melding of Santana guitar with electronica, ambient, and chill soundscapes. He continued further exploring the Santana and electronic mix and released additional music over the years.

In 2010 Mario founded his band Tejas Kings. The band performed at various events and venues in north Texas for several years. What stared out as a secular cover band morphed into a secular, Christian cover/original band.

Having spent years working in Christian music, Mario realized that most of popular contemporary Christian music all sounded the same. The same lyrics, the same guitar style, the same arrangements, the same everything. He refers to this music as "Christian elevator music." So he decided to focus on writing honest music about the true Christian experience. There are times spent in the valley and there are times spent on the mountain top.  The song "Redemption", speaks about knowing what is right, but not doing what is right. But there is also a humorous side of life, ala "Mean Woman Blues."